The store will not work correctly in the case when cookies are disabled.

Free Shipping on Orders Over R1000

Skip to the end of the images gallery 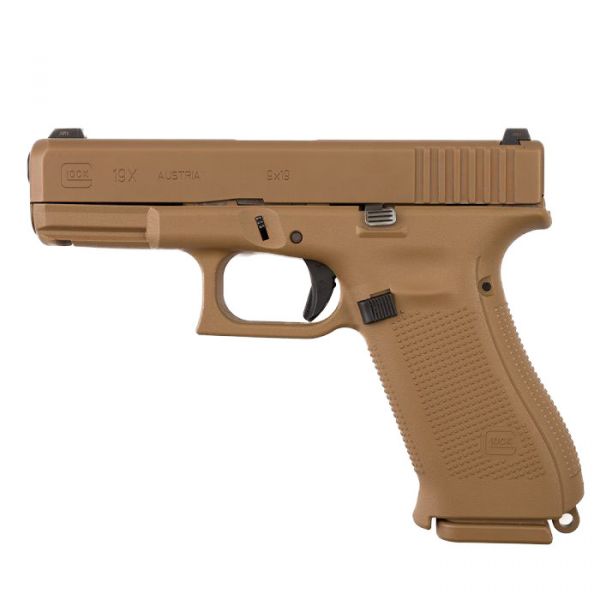 Skip to the beginning of the images gallery

Prices for out of stock products may not be current.
Kindly call us for a quote on up to date pricing.

Firearms are shipped after licencing has been completed. We will be in contact after purchase.
Details

Glock Safe-Action pistols were introduced in the 1980's and have excelled in military, police and civilian environments. The Glock was the first commercially successful polymer framed handgun. Initially offered in 9x19mm Glock pistols are now available in many other calibres too.

With several different sizes available, there is a Glock to suit almost any requirement. Long-slide models are great for competition, standard models are well suited for officers on duty, for example, and the compact, sub-compact or slimline models offer a balanced, self-defence capability. Their versatility ensures that most models are multi-functional, serving well for home defence, daily carry, duty or competition!

The polymer frame and grip is tough, lightweight and corrosion resistant. Tenifer, the 'nearly hard as diamond' Glock surface treatment, protects the barrel and slide while remaining anti-reflective.

Shooting Stuff recommends Glock pistols! With minimal external controls they are extremely easy to use and to learn to use, for left-handed and right-handed shooters! They are reliable, durable and lightweight. Three independent, automatic safety features ensure that the pistol fires when, and only when, the trigger is deliberately pulled. All three safety features re-engage when the trigger is released, automatically securing the pistol again. We believe that Glock is the best supported firearms brand in South Africa, with spares, magazines, holsters and many aftermarket accessories available ex-stock.

The extractor serves as a loaded chamber indicator, and the trigger offers further visual and tactile cues to the gun's status.